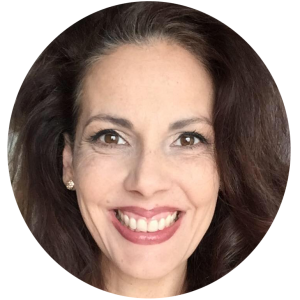 Anna is a Midwest girl who migrated South.  She graduated with her Bachelors in Communications from Wheaton College in Illinois and taught middle school public speaking, drama, and English.  Anna had a pivotal moment happen when her then assistant principal was expressing his excitement for finishing his master’s program.  She asked, “Why did you get a Master’s degree?” and he answered, “It will come in handy when I’m teaching for the next 25 years.”  It was then she realized teaching middle school was not what she wanted to be doing for the rest of her life.

Shortly after that exchange, her husband joined the Army which automatically released her from her teaching contract.  She spent the next five years working for an airline traveling with her husband during his off time.  After 9/11, she left her airline career to raise her children.

Not only did she have the opportunity to be at home with her children, but she pursued other interests and became a web designer, a blogger, and a marriage mentor. In 2015, she received her Masters in Ministry Leadership from Wesley Seminary at Indiana Wesleyan University.

Anna is an implementation and execution specialist for online presence creation and logistics for entrepreneurs and creatives. She is a WordPress Specialist and helps entrepreneurs learn to master their websites.

Anna has been such an amazing part of my life for over 8 years now. 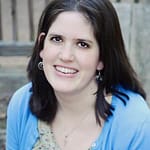 Anna has helped me in so many areas of my life both personal and professional. She designed my beautiful website and taught me how to maintain it. She has also encouraged me to keep going when things got hard and slow down when I went too fast, all while maintaining the wisdom to know which to do.

I first met Anna when I was starting up my business. 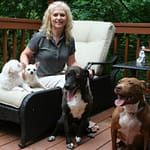 That was almost 7 years ago. She gave me amazing advice and a lot of great recommendations. Anna’s knowledge about marketing helped get my business out there. She has always been very professional and she is worth every penny she charges.  My business has grown every year and I owe so much to Anna.  I trust her completely.